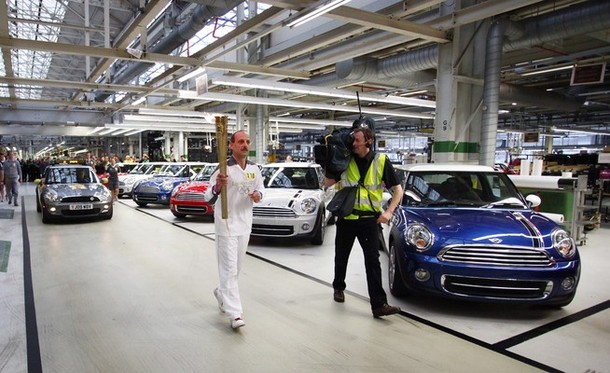 We all know that MINI and BMW have a huge part in this year’s Olympic games and are partners helping to support the USA’s Olympic efforts. Knowing that, it makes sense that the Olympic torch would actually pass through the MINI Plant in Cowley.

>COWLEY, ENGLAND – JULY 09: In this handout image provided by LOCOG, Torchbearer 110 Michael Spicer carries the Olympic Flame through the factory at BMW Mini, on day 52 of the Olympic Torch Relay during the leg from Luton to Oxford on July 9, 2012 in Woodstock, west Oxfordshire, England. The Olympic Flame is now on day 52 of a 70-day relay involving 8,000 torchbearers covering 8,000 miles.